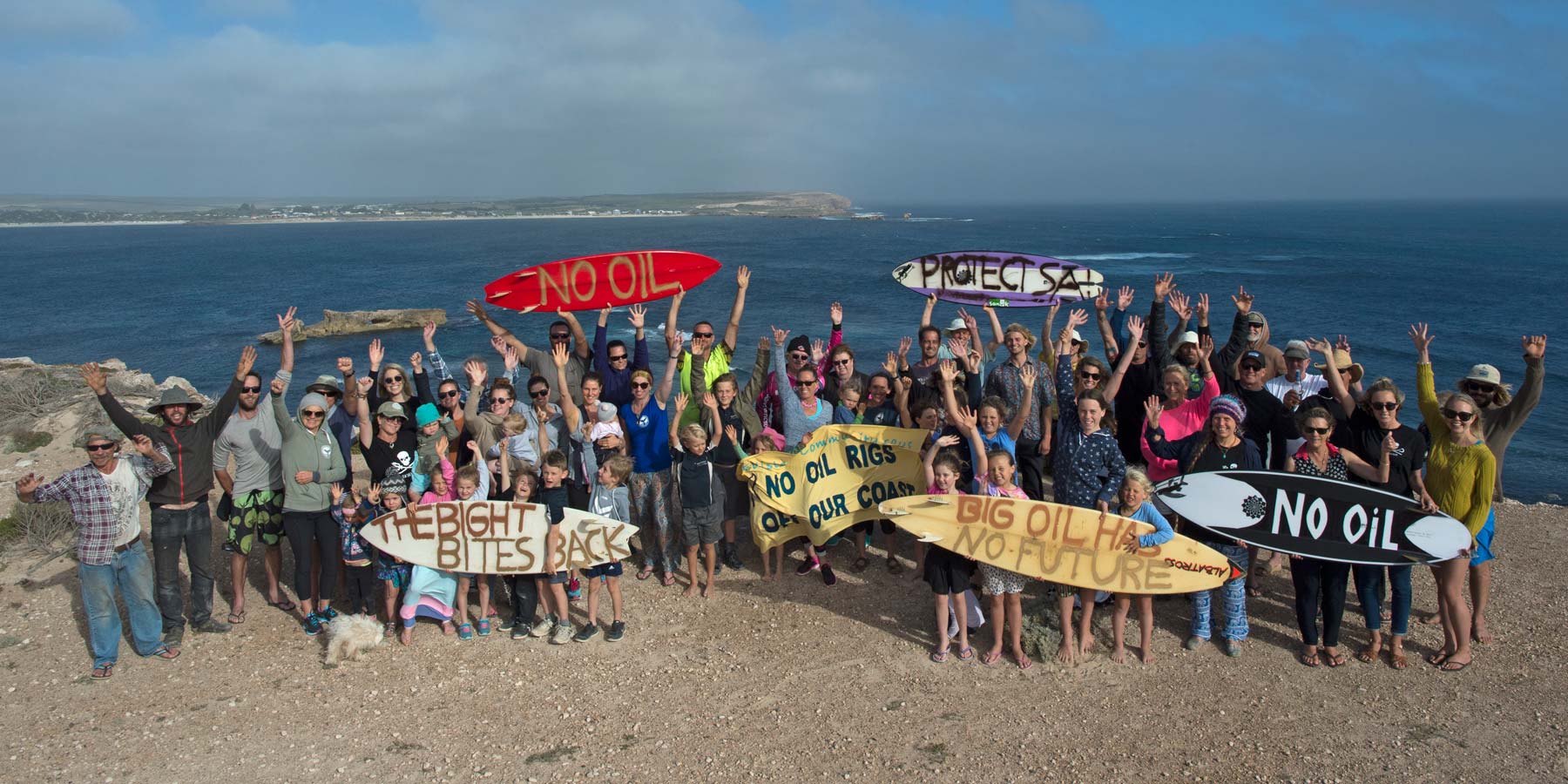 THANK YOU, FROM THE BOTTOM OF AUSTRALIA

In a major victory for the people
of the Australian coast, Norwegian energy giant Equinor has abandoned its plan
to develop the Great Australian Bight as a deep water oil field. In doing so
they became the fourth major oil company in four years to walk away.

The Fight For The Bight has been a
line in the sand. It is the single biggest coastal environmental action in
Australian history. It has grown from a tiny grassroots group down in the Bight
to a national movement involving tens of thousands of people – surfers and coastal
communities stood alongside campaigners from The Wilderness Society, the Great
Australian Bight Alliance, and Surfrider Foundation Australia.

We’d like to extend our deepest thanks
to everyone who paddled out and spoke up for one of the last great tracts of
marine wilderness on earth. For now, the Bight will remain wild and free.

This Is Not A Drill

It’s a simple matter of geography. Our continent ends abruptly at those cliffs. Then there is a huge expanse of violent ocean, and then there is Antarctica. Three horizontal bands across the southern half of the planet: desert, ocean and ice. What the hell does an oil company want with being out there, and why on earth would we let them?